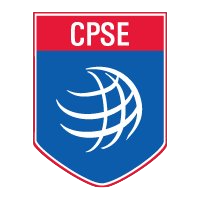 CPSE is governed by a nine-member board of directors. Two members are chiefs of CFAI-accredited departments holding a CPC designation, one member is a city manager, one member is a county manager, one member represents labor, and there are four at-large members. The board elects a president, vice president, and secretary-treasurer, and hires a Chief Executive Officer to manage the corporation’s day-to-day operations. Each of CPSE’s dedicated board members contributes a wealth of experience and fresh ideas to the progression of the fire and emergency service. 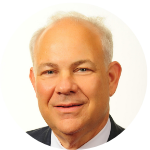 Jeff Pomeranz is the city manager for Cedar Rapids, Iowa, a position he has held since 2010. Prior to this he has served as city manager for West Des Moines, Iowa; Port Angeles, Washington and Del Rio, Texas. He has served as an executive board member for the Iowa League of Cities and the Iowa City Management association and was an adjunct professor for the Master of Public Administration program at Drake University.

Mr. Pomeranz holds a master’s degree Public Administration from the University of Alabama and a Bachelor of Arts in Political Science from the Rochester Institute of Technology. In addition to his service on the CPSE Board, he served on the Commission on Fire Accreditation International from 2006 to 2011. 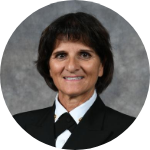 Mary Cameli is the fire chief for the Mesa (Arizona) Fire and Medical Department, a CFAI accredited agency. She joined the department in 1983 and has risen through all of the ranks, including serving 11 years as Assistant Chief prior to being selected as Chief in 2016. She is the past president of the Arizona Fire Chiefs Association (AFCA) and currently serves as the Metro representative of the AFCA Board and Vice Chair of the International Fire Service Training Association Board. She is active in her community as Vice Chair of the Community Bridges Board, past Chair of the Child Crisis Arizona Board, and past President of the Mesa Sunrise Rotary.

Chief Cameli holds a master’s degree in Organizational Management from the University of Phoenix and a bachelor’s degree in Elementary and Physical Education from Southern Utah University. She received her credential as a Chief Fire Officer in 2018 and a Certified Public Manager certification from Arizona State University in 2011. 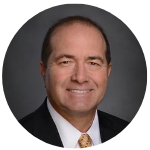 Thomas Harmer became the town manager of Longboat Key, Florida in late 2017. Prior to that, he was the County Administrator for Sarasota County from 2013 to 2017 and spent eight years as city manager for Titusville, Florida. He also served as the fire chief for Titusville, Florida and as a deputy chief and emergency manager with the Tallahassee Fire Department.

Mr. Harmer holds a master’s degree Public Administration from the University of Central Florida, where he also served as chair of the Public Administration Advisory Board and was an adjunct instructor. He also holds a bachelor’s degree in Fire Safety and Engineering Technology from the University of Cincinnati and is a graduate of the NFA Executive Fire Office program. In addition to his service on the CPSE Board, he served on the Commission on Professional Credentialing from 2004 to 2007. 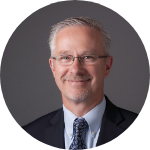 Darin Atteberry is the city manager of Fort Collins, Colorado, a position he has held since December 2004, where he was the assistant city manager for over eight years. Fort Collins is protected by the Poudre Fire Authority, a CFAI-accredited agency. He serves as vice chair of the Alliance for Innovation and in 2013 was named Entrepreneur of the Year by the Colorado State University College of Business. In 2016 he was elected as a Fellow with the National Academy of Public Administration. Recently, Mr. Atteberry received the Colorado Governor’s Citizenship medal, recognizing him as a leader who serves the public with innovation, operational excellence and progressive vision. Prior to coming to Fort Collins, Darin worked with cities in California, Washington, and Georgia.

Mr. Atteberry attended Harvard University’s Senior Executive Program in State and Local Government. He holds master’s degrees in Civil Engineering and City Planning, both from Georgia Institute of Technology and a bachelor’s in City and Regional Planning from California Polytechnic State University. 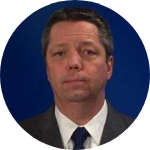 Prior to joining the CPSE Board of Directors, Jim served four years as a commissioner on the Commission on Fire Accreditation International (CFAI). 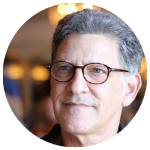 Ben May is a recently retired Director of Global Business and Alliances for the Walt Disney Company where he worked to create interactive, social marketing experiences, most recently as a global senior leader based in Paris, France. During his 17-year career with Disney he was involved in projects that included disaster preparedness, fire protection, and meteorology. He conceived and developed the public fire education experience at Epcot, “Where’s The Fire” in alliance with Liberty Mutual Insurance. He has been a fire fighter with Hillandale Fire and Rescue in Maryland and a fire commissioner for Woodinville Fire and Rescue in Washington State.  He has served as a marketing consultant to the International Fire Service Training Association, the U.S. Fire Administration, and to metro fire departments across the country. 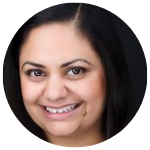 Preet Bassi has been CPSE’s chief executive officer since 2014 and oversees work across all program areas with a focus on the organization’s strategic direction as set by the Board of Directors. Prior to CPSE, she was the Director of Finance and Administration for the International Accreditation Service and managed their Fire and Life Safety and Building Department Accreditation Programs. She has experience at both the local and state government levels, having worked for the City of Anaheim, California, and the California State Assembly.